“It is with profound sadness that we learn of the despicable ambush of police officers in Dallas, Texas. Our hearts go out to the families and friends of those slain and wounded, as well as to their fellow officers.

“We are all outraged by recent incidents involving deaths of African American men in Minnesota and in Baton Rouge, Louisiana. All people of good will, regardless of color, grieve their loss and want answers as to why they died. We need and expect thorough and transparent investigations of each loss of life.

“The officers murdered in Dallas were on duty in connection with a peaceful protest and, in the end, sought to shield protesters as well as themselves against the deadly hail of gunfire.

“We count on our men and women in uniform to protect us and we also hold them to the highest standards of conduct. Tragically last night, the Dallas police force upheld the mission of all sworn officers, who literally put their lives on the line for us every day. We cannot thank them enough. And we join law enforcement officers across the land in paying tribute to those who fell in Dallas in the line of duty.

“May a merciful God reach out to comfort their families and the people of Dallas – as well as the families of those killed in Baton Rouge and Minnesota -- in this difficult time.”
at 4:21 PM

“The recent events in St. Anthony, Minnesota and Baton Rouge, Louisiana and now Dallas, Texas have reignited passionate conversations throughout our nation. In Montgomery County, our diversity is reflected not only in our race, ethnicity, sexual orientation and religion; it is reflected in our life experiences as well. These life experiences shape our points of view and opinions on the tragic events that occurred in these three cities."

"As the leaders of a coalition of organizations in Montgomery County: the Montgomery County Branch of the National Association for the Advancement of Colored People (NAACP), the Montgomery County Office of Human Rights, the Faith Community Working Group and the Police Department, we believe it is important to have these conversations, and to reaffirm our belief in the sanctity of every life, the protection of everyone’s Constitutional rights, and the importance of a respectful and trusting relationship between the police department and the community. Our hearts go out to the families of all of those killed and injured."

“We encourage everyone who is interested to participate and share their thoughts, feelings and ideas. Our collective goal is a Montgomery County free of violence, with enhanced safety of everyone in our community. This goal is only achievable when the entire community gets involved. Please make every effort to attend and have your voice heard.”
at 10:29 AM

“I am calling for an immediate investigation into the outage and what impact it may have had on the County’s response times to emergencies – as well as any consequences."

"I also want a thorough evaluation of the systems that support 911 to make sure that the systems have the stability to withstand whatever power surges or blips that could cascade into even a partial system outage. County residents must be able to count on a prompt response to emergencies.”

For more information on press release.
at 10:27 AM 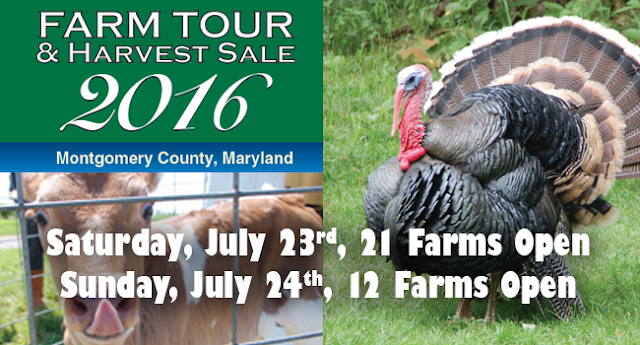 Montgomery County celebrates its agricultural heritage by promoting local farms, and inviting residents to indulge in seasonally fresh food during the 27th Annual Farm Tour and Harvest as well as throughout the entire growing season.

Most people do not realize that agricultural activities occupy about one-third of the County’s land area. The majority of the farms in the County are family-run operations, which employ more than 10,000 residents. The County has 540 farms in Montgomery County, many of which produce crops that help feed residents.

The Annual Farm Tour and Harvest Sale helps the County promote its farms by making residents aware of the diverse agricultural industry and products that are locally available during the growing season. The Farm Tour provides a way to link County residents to farming operations.

The annual event will take place July 23 and 24. For more information on participating farms and operational hours for the farms visit the website at www.montgomerycountymd.gov/farmtour.
at 10:25 AM 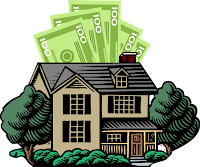 Eligible seniors are reminded of a new legislation to make it easier for older adults to stay in their homes by deferring property tax increases at a zero cost.

The new statue, Expedited Bill 10-16, took effect on July 1. The legislation provides another option for seniors on a fixed income to remain in the County by easing their tax burden. The bill provides a residential real property tax deferral for residents at least 65 years old with a gross income of $80,000 or less. The change modified the County's previous property tax deferral program to allow eligible seniors to defer the annual increase in their residential real property taxes at 0% interest. Under the income threshold of $80,000 — which is the senior median income in the County — the eligibility criteria are approximately half of senior households in the County.

Email ThisBlogThis!Share to TwitterShare to FacebookShare to Pinterest
Labels: Awards

A recent ribbon cutting ceremony celebrated the opening of The Bonifant at Silver Spring, a mixed-income 11-story apartment building with 149 units for seniors age 62 or older. Located in downtown Silver Spring within blocks of the Metro, grocery stores, retailers and adjacent to the new Silver Spring Library, The Bonifant provides an opportunity for seniors to live near services and amenities.

The facility features a multi-purpose community room, living room, Cyber Café, fitness center and an outdoor terrace with green space. Constructed at a cost of approximately $44 million as a public-private partnership among Montgomery County, the Montgomery Housing Partnership (MHP), a private, nonprofit affordable housing developer, and The Donohoe Companies.

Montgomery County continues to own the land at this location. MHP, a nonprofit that creates quality, affordable homes throughout the County, is the co-developer and long-term owner of the mixed-use property and holds a 77-year lease. Due to the financing methods used, all but 10 of the 149 units are available at reduced rents for adults age 62 and older with incomes less than 60 percent of the area median income. 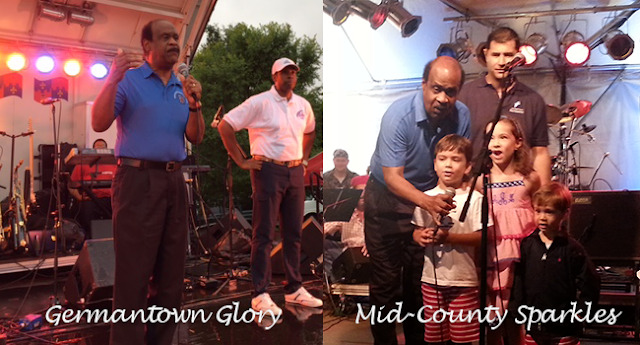 Despite a weekend of rainy weather, the County July 4 fireworks were able to go off as scheduled. The Recreation Department worked closely with the National Weather Service throughout the weekend to determine projected weather forecasts for the evening.

Mid-afternoon, the Recreation updated residents through press releases, website updates, social media, Alert Montgomery and text messages that the concerts and firework displays would go on as scheduled. Approximately 12,000 people attended the Germantown celebration and the Kensington turnout was 9,000.

Read more about the events at:

The Flint Michigan water crisis sparked concerns about water purity around the nation. Residents should be aware that there are unethical scammers who may attempt to take advantage of these concerns. These cons often go door-to-door and leave water sample bottles with testing instructions behind. Residents will then fill the bottles and leave them outside to be picked up. Despite the fine print, many residents assume (or are outright told) the testing is conducted by the government. However, the testing is done by companies selling water treatment systems.

The representative may perform the testing in front of the resident by adding tablets or drops of chemicals to the tap water, while explaining that the water will change color or particles will form if it is contaminated. When the water predictably changes, the representative may warn the water is polluted and could cause cancer. If the water is tested offsite, this demonstration is unnecessary and the results are given over the telephone. The best solution, the consumer is told, is to buy the company's water treatment device. These devices and systems can cost upwards of $8000.

Oftentimes, these merchants employ a prize or sweepstakes approach where to qualify for the prize, the consumer has to buy a water purifier, which may later be determined to be of very little value. These consumers may also be pressured into giving away credit card numbers for identification or verification and instead could be slammed with unwanted and unauthorized charges for additional water treatment devices or services.

If you are concerned about your water quality arrange for an independent test, contact the EPA's Safe Water Drinking Hotline. If you have a complaint concerning a water testing scam, file a complaint with the Office of Consumer Protection or call us at (240) 777-3636.

Of note: The Washington Suburban Sanitary Commission (WSSC) provides water service to almost all of Montgomery County. WSSC is among the largest water and wastewater utilities in the nation, with a network of nearly 5,600 miles of fresh water pipeline and over 5,400 miles of sewer pipeline. WSSC drinking water has always met or exceeded federal standards.
at 10:11 AM

Summer of Safety A to Z Update 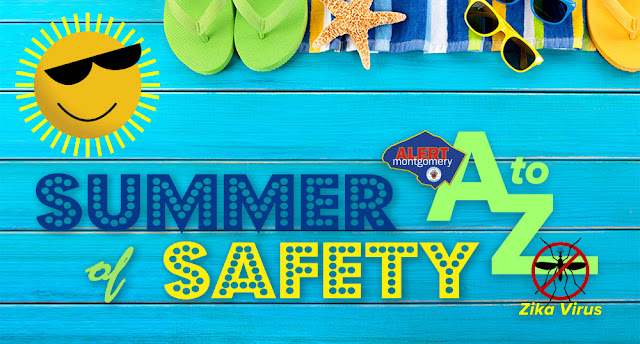 Hopefully you are taking advantage of the safety tips resource, Summer of Safety A to Z, located on the County’s website at: montgomerycountymd.gov/summersafety.

Each day safety tips are highlighted and available on the site through tweets using #MoCoSafety.

After the Red Cross announced a critically diminished supply of blood and put out the request for people to donate that information was also shared through #MoCoSafety. This is all important information that our community members can benefit from knowing, so please continue to follow the #MoCoSafety tweets. Most importantly, if you haven’t already signed up to receive Alert Montgomery emergency messages. Check out the very first Summer of Safety tip and link to where you can sign up on line for this critical service.
at 10:08 AM