Everyone Counts in Montgomery 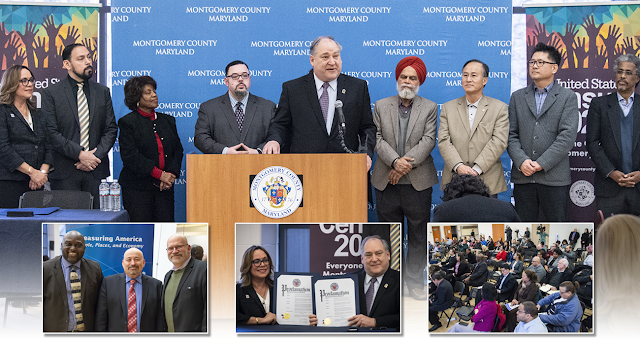 Census Day is Wednesday, April 1, 2020; and Montgomery County’s theme for the 2020 integrated partnership and communications campaign is, “Everyone Counts in Montgomery.”

The Census Bureau's primary mission is conducting the U.S. Census every 10 years, which allocates the seats of the U.S. House of Representatives to the states based on their population. The bureau's various censuses and surveys help allocate federal funds each year; and it helps states and local jurisdictions make informed decisions such as where to build and maintain schools, hospitals, transportation infrastructure, and public safety departments.

Read more about the census event or view photos from the Flickr album.
at 11:02 AM

Email ThisBlogThis!Share to TwitterShare to FacebookShare to Pinterest
Labels: census

Montgomery County Ranked One of the Most Culturally Diverse in the U.S.

Montgomery County’s rich cultural diversity is recognized by a 2019 WalletHub study, which ranked Gaithersburg as the nation’s second most culturally diverse city in the U.S. Germantown is ranked as the third, Silver Spring as the fourth and Rockville ranked ninth.


The Montgomery County Business Portal is the place to go online for business resources and solutions.

The Business Portal has information about starting, managing and growing your business in Montgomery County as well as details about local laws, licenses, permits and regulations. The Portal features business starter kits that are industry-specific, from childcare centers to retail shops to restaurants and more. Looking for business training? Check out the Portal’s calendar of upcoming business training events.

Find answers to your business questions by visiting the frequently asked questions section of the Portal or contact the Business Solutions Group for answers.

Watch this one-minute video to learn more, and follow @MoCoBizSolutions on Twitter for the latest business news and updates.
at 10:55 AM

The Great Courses collection offers access to top university professors and experts from Ivy League and other renowned schools and institutions. With hundreds of videos on subjects ranging from photography to physics, astronomy to art, history to health, there is something to spark everyone’s curiosity.

The Great Courses Library Collection features unlimited access via RBdigital, which provides a broad array of content services from a single app. There are easy-to-use features with no commercials or other interruptions. New courses are added monthly. Library cardholders can sign up to start streaming courses by visiting Great Courses Collection.
at 10:54 AM

Email ThisBlogThis!Share to TwitterShare to FacebookShare to Pinterest
Labels: MCPL

Additionally, intermittent total lane closures will occur between midnight and 5 a.m. The work will take place Sunday nights through Friday mornings. For a look at real-time commute conditions, customers are urged to visit www.md511.org and click on lane closures.
at 10:48 AM 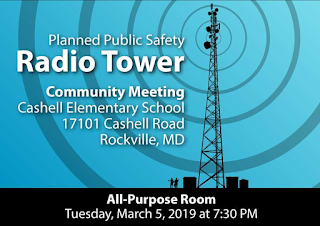 The Montgomery County Department of Technology Services and Maryland’s Department of Information Technology and State Highway Administration will hold a community meeting to discuss a public safety radio tower planned for the northwest cloverleaf of the Intercounty Connector at Georgia Ave.

The meeting, scheduled for 7:30 p.m. on Tuesday, March 5, will take place in the All-Purpose Room of Cashell Elementary School located at 17101 Cashell Road in Rockville.

County and State representatives will provide information about the site selection, what the County and State’s public safety radio systems are used for, and reasons a new tower is required at this location. There will be diagrams of the planned tower site and photo simulations showing what the tower will look like from various locations in the surrounding area.
at 10:42 AM


Owners of historic properties may be eligible for a 25 percent tax credit for exterior home improvements, such as fixing a window, replacing a roof or repainting exteriors The Montgomery County Planning Department, part of The Maryland-National Capital Park and Planning Commission, is accepting applications from County property owners who may be eligible for the one-time property tax credit until 5 p.m. on April 1.

For more information, contact Michael Kyne, Planner Coordinator of the Historic Preservation Office at the Montgomery County Department of Planning at 301-563-3403 or by email at Michael.Kyne@montgomeryplanning.org.
at 10:31 AM 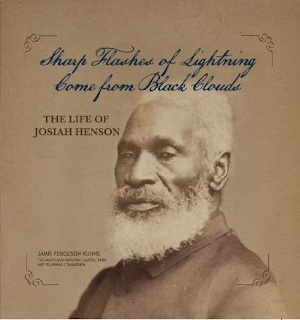 A preacher, freedom-seeker and Underground Railroad conductor, an author, and abolitionist, Rev. Henson was enslaved on a plantation just off Old Georgetown Road at what is now Josiah Henson Park.

Books are available for purchase now, including signed copies, on MontgomeryParks.org.
at 10:25 AM 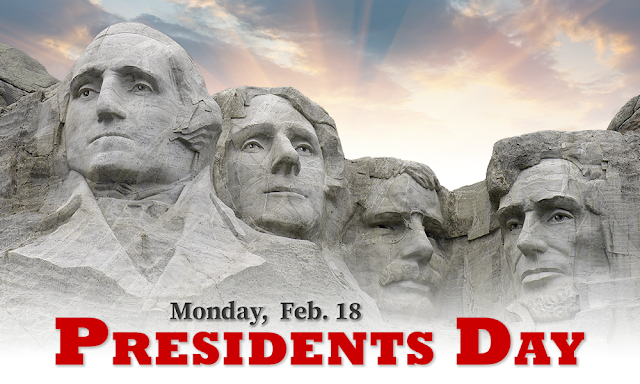 Email ThisBlogThis!Share to TwitterShare to FacebookShare to Pinterest
Labels: Holidays

Montgomery County Seeks Your Input to Balance the Budget 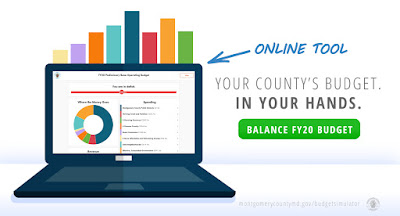 The Montgomery County Office of Management and Budget invites you to participate in an interactive budget forum using “Balancing Act” – a new, online tool designed to increase public engagement during the FY20 budget process.

The Interactive Budget Development Forum will be held on Monday, Feb. 11, from 7 p.m. to 8:30 p.m. at the Executive Office Building cafeteria – terrace level, located at 101 Monroe Street in Rockville.

Participants must bring their own laptops or tablets to the event.

Register for this free event.
at 3:08 PM 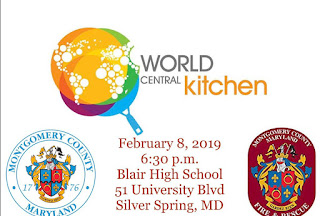 Montgomery County Councilmembers Tom Hucker, Will Jawando, and the Montgomery County Fire & Rescue Services are hosting a community dinner and resource fair on Friday, Feb. 8, to show the community’s ongoing support for federal employees and contractors impacted by the partial federal government shutdown and the uncertainty around its final resolution. The dinner is set for 6:30 to 9 p.m. at Montgomery Blair High School in Silver Spring.

County Councilmembers Hucker and Jawando; the Montgomery County Fire and Rescue Service; Manna Food Center; Nourish Now; and Chef Jose Andres’ World Central Kitchen are working together to organize nonprofits, businesses and volunteers to provide impacted workers and their families with free dinner, entertainment and access to resources to make sure they know the community supports them.

Federal employees and contractors affected by the shutdown are urged to RSVP for the community dinner and resource fair online at montgomerycountymd.gov/shutdownsocial.

Other County residents are invited to attend and bring a donation of non-perishable or canned goods to share with affected families.
at 3:07 PM 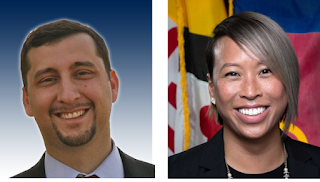 Adam Ortiz and Diane Vy Nguyen-Vu are the newest department directors appointed by Montgomery County Executive Marc Elrich. Ortiz will lead the Department of Environmental Protection (DEP) and Vu is the new director for the Office of Community Partnerships (OCP). Both were confirmed by Montgomery County Council on Tuesday, Jan. 29.

Prior to coming to Montgomery County, Ortiz served as director of Prince George’s County Department of the Environment. DEP is responsible for recycling and trash pickup, stormwater management, watershed restoration, and other sustainability initiatives. He succeeds acting director Patty Bubar.

Vu had served as acting director of the County’s Office of Community Partnerships following the retirement of former director Bruce Adams. OCP liaisons between the County and various religious and cultural organizations. The office provides legal immigration assistance, language services, and coordinates many cultural events and activities. 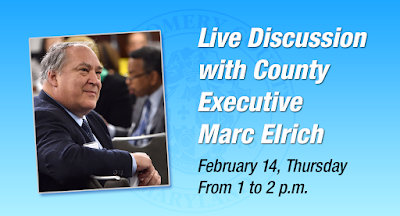 Join County Executive Marc Elrich for an online discussion on Thursday, Feb. 14 from 1:30 to 2:30 p.m. Questions may be submitted before or during the chat at Live Discussion with Marc Elrich.
at 3:02 PM

On the anniversary of his swearing-in, Montgomery County Police Chief J. Thomas Manger announced Wednesday, Jan. 30, that he will retire in April after 15 years of service in Montgomery County, the culmination of 42 years as a police officer.

Manger, the 16th police chief in the 97-year history of the Montgomery County Police Department, was sworn in on Jan. 30, 2004. He is the second longest-serving police chief behind James S. McAuliffe, who served from 1955 until 1971.

After graduating from the University of Maryland, Manger began his law enforcement career in 1976 as a “summer cop” in Ocean City, Maryland. On Jan. 3, 1977, he was sworn in as a Fairfax County, Virginia police officer. He rose through the ranks and was the chief of police in Fairfax County from 1998 to 2004. In 1993, he was awarded the Silver Medal of Valor.

Washingtonian magazine recently recognized Manger as one of its 2018 Washingtonians of the Year. He recently completed four years as the president of the Major Cities Chiefs Association, elected by his peers from the nation’s largest police departments.

Throughout his career in Montgomery County, Manger received several national awards, including the 2007 Law Enforcement Award from the Brady Campaign to Prevent Gun Violence, the 2016 Gorowitz Institute Service Award from the Anti-Defamation League, the 2017 Keeper of the Dream award from the National Immigration Forum and the 2018 FBI National Executive Institute Penwith Award. Manger was also inducted into the Montgomery County Human Rights Hall of Fame in 2012.
at 3:00 PM

Email ThisBlogThis!Share to TwitterShare to FacebookShare to Pinterest
Labels: Police

Help Recognize Those Who Make a Difference 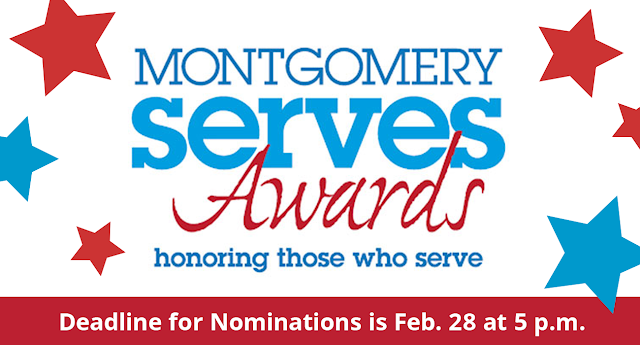 It takes a special person to give their time to help others. If you know of a volunteer who is doing just that, here is a way for them to be recognized. 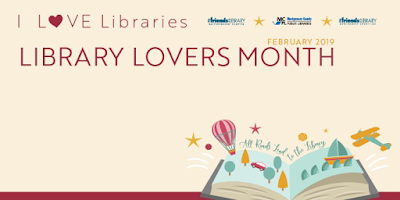 February is Library Lovers month. All month there will be special events and celebrations to showcase the importance of libraries in Montgomery County.

While there is always something to love about our Montgomery County Public Libraries (MCPL), February is designated as a time to show our Libraries some special appreciation. This year’s theme, “All Roads Lead to the Library,” highlights the many paths our libraries can take us.

For more information about the events offered throughout the County, visit MCPL Calendar of Events.
at 2:38 PM

Email ThisBlogThis!Share to TwitterShare to FacebookShare to Pinterest
Labels: MCPL

The spring issue of the Montgomery County Guide is now available online.

Email ThisBlogThis!Share to TwitterShare to FacebookShare to Pinterest
Labels: Recreation 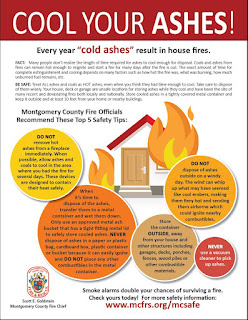 A warm fireplace may feel good on a cold winter day but as cozy as fire may look, things can turn dangerous if you don’t take necessary precautions with ashes. Each year, Montgomery County Fire and Rescue Services responds to fires that are caused by improper disposal of hot coals or ashes from fireplaces, wood stoves, pellet stoves, grills and outside fire rings.

Coals and ashes from fires can remain hot for days after a fire is out and should always be treated as HOT ashes, even when you think they have had enough time to cool. Your garage, house or deck are unsafe locations for ashes to cool and have been the site of devastating fires both locally and nationally.
at 2:32 PM