Another Top-10 Digital Finish for the County 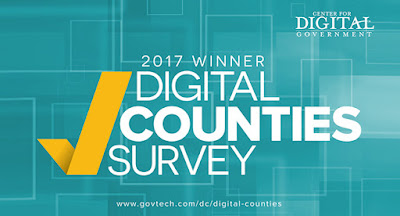 Montgomery County was ranked as second place in the 2017 Digital Counties competition, which is sponsored by the Center for Digital Government and the National Association of Counties. This is the fourth year in a row that the County has been ranked in second place for Counties whose populations exceed 500,000. Montgomery County is the only County with a population exceeding 500,000 to be ranked in the Top 10 each year since the inception of the survey in 2003. Read more here.
at 2:45 PM