Understanding the County's Changing Demographics with a New Digital Tool 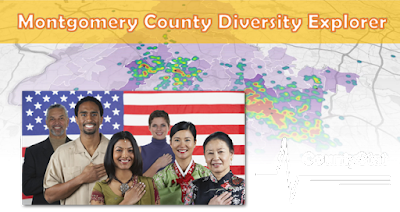 Montgomery County demographics have been rapidly changing and our population has become increasingly diverse. CountyStat has developed two tools, the "Diversity Explorer" and the "Language Browser" to better understand the changes.

Here are some interesting quick facts about our changing demographics: