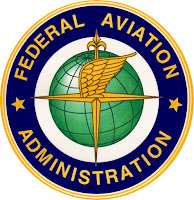 The increased air traffic is caused by the 2015 implementation of the Washington, D.C. Optimization of Airspace and Procedures in the Metroplex. These procedural changes shifted flight patterns into Ronald Reagan International Airport, which caused the increased noise.

On May 5, the officials sent a letter to Federal Aviation (FAA) Administrator Michael P. Huerta requesting a thorough review of the increased aircraft traffic caused by the shifted flight paths and all documents relating to the environmental review.

Concerned residents have formed the MC Quiet Skies Coalition, which is an alliance of concerned citizens and community associations in the County who are living under newly formed flight paths. The group is committed to work with residents, elected officials, the FAA and others to resolve the excessive levels of noise, air pollution, and health and safety risks imposed on our communities by the FAA’s flight paths and procedures at Reagan. Visit website for more information on the coalition.