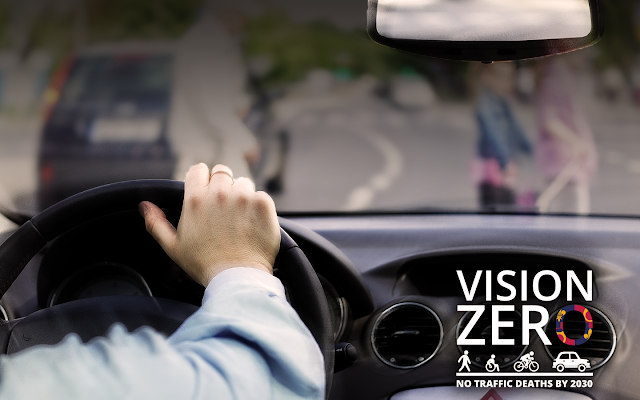 The fall and winter months bring less daylight and darker commuting hours, which includes the end of Daylight Saving Time overnight this Saturday as clocks need to be turned back one hour. The adjustments that must be made at twilight during Eastern Standard Time can lead to more crashes between car drivers and pedestrians, with past records showing that two-thirds of all fatal pedestrian injuries over the past four years occurred between dusk and dawn.

To address the changing conditions, Montgomery County’s Vision Zero Initiative continues to make upgrades to streetlighting and crosswalks to protect pedestrians and urges residents to lookout for each other and obey the rules of the road. For those choosing to drink and drive this Halloween weekend, Montgomery County Police will be performing high visibility enforcement to get drunk drivers off the road. The County’s Ride On buses are currently operating free to all riders and serve as a safe and viable alternative to drinking and driving.

“We all have an important role to play in keeping our roadways safe this fall and winter,” said Vision Zero Coordinator Wade Holland. “The County Government is making it safer for people to walk and bike through upgrades to streetlights, new signals and beacons to stop drivers when pedestrians are crossing and painting high visibility crosswalks. However, new infrastructure alone is not enough. We all need to prioritize safety as we get around. That means obeying the speed limit, never getting behind the wheel impaired, and waiting for the signal whether we are driving, biking or walking. For those choosing to endanger themselves and others on the road, Montgomery County Police will be out issuing tickets.”

To curb the dangers of less daylight and increased alcohol consumption during fall and winter holidays, the County has been involved in the following:
For more information on the County’s Vision Zero Initiative, go to https://www.montgomerycountymd.gov/visionzero/index.html
at 9:45 PM