Message from the County Executive

Sadly, dozens of Gaithersburg families are dealing with the aftermath of a fire and building collapse this week at a condo complex on Quince Orchard Boulevard. Please keep all those impacted by this disaster in your thoughts. Our first responders arrived quickly, and I am very appreciative of their response and for all those who continue working to support these families and investigate what happened there. 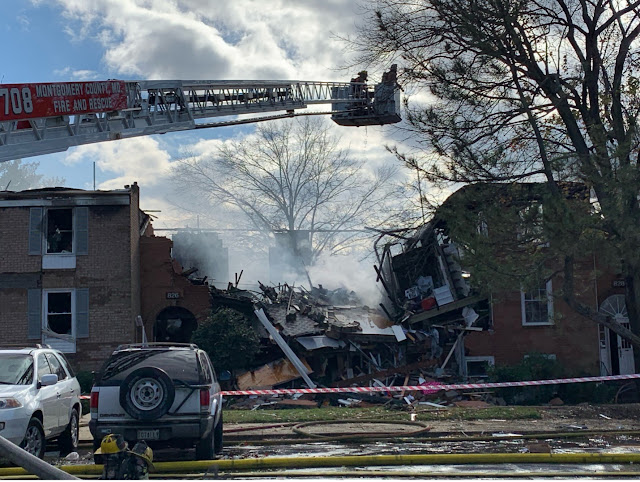 Our Department of Health and Human Services is working with the American Red Cross and other community partners to assist residents in this time of great need. The Montgomery Housing Partnership has set-up a website so the community can help those victims through donations. The website is www.mhpartners.org/gaithersburgfire. There also is a QR code that can get you there directly.
We also encourage anyone who wants to help to consider donating or volunteering for the National Capital & Greater Chesapeake Region of the Red Cross. The Red Cross is always there when we need them. We greatly appreciate their help.

Antisemitic graffiti was discovered Monday along the Bethesda Trolley Trail and other nearby locations. It was quickly reported and cleaned up by our staff, but remains unsettling. It is the second time we have dealt with this kind of vandalism in the same area since August. Our community rallied together that night to send a strong message of unity against such actions.

This behavior will not be accepted. As a government and community, we must push back against those who try to divide us with these hateful messages and actions. Let me be perfectly clear: threats of violence against any individual or group in our community will not be tolerated here in Montgomery County.

These recent acts of vandalism and hatred remind me of my childhood when I was told that I would “burn in hell” because I was Jewish. My adult daughter heard the same vile language when she was in grade school. That was our history, but I will not allow this to be our situation today.

The children and families of this County deserve much better and we will not allow this kind of hate speech to go unpunished. People who think like this need to understand how small and isolated they are. They do not reflect common values of Montgomery County.

Racial and religious discrimination has no place in in our community—or anywhere.  I have said before that our diversity is our strength. I urge everyone to recognize it and do their part to make Montgomery County as inclusive and equitable as possible.

The Maryland Department of Transportation today announced that it will not seek approval of Governor Hogan’s deal to build toll lanes on I-495 and I-270 until the end of March. This will allow newly elected Governor Wes Moore and Comptroller Brooke Lierman to join Treasurer Derek Davis on the State’s Board of Public Works and decide the right course of action for this project. This is a wise decision.

The I-270 Corridor and the health of the American Legion Bridge are critical to our County and to the State’s economy. They also are vital roadways for millions of Marylanders to travel on safely. As I have said before, I appreciated the Governor’s willingness to address the problems, but we have to do it the right way. I am also pleased that MDOT has applied for Federal funds to fix the American Legion Bridge. I said from the beginning this is where we need to start.

I want to thank the community members and environmental advocates who have worked so hard for a better deal.

I believe this project as currently designed is critically flawed and overly expensive. I have also stated that a new generation of leadership should vote on the project that will affect our State for the next 30 years. I am excited that Governor-Elect Moore, Comptroller-Elect Lierman and Treasurer Davis will have an opportunity to provide their own critical evaluation. I look forward to working with them in partnership to provide traffic relief while also protecting our environment and communities. 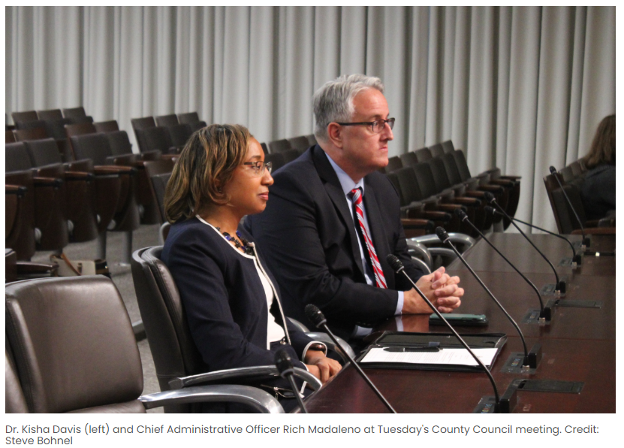 I am pleased to report that the County Council has confirmed Dr. Kisha Davis as our County's next health officer. Dr. Davis is from Montgomery County. She has spent her career both practicing medicine and, most recently, being an advocate for equity issues minorities face in getting medical care.

Montgomery County has led the nation in our response to the COVID-19 health crisis thanks in large part to the leadership at our Department of Health and Human Services. I know that Dr. Davis will be a great part of the team. In nominating and confirming Dr. Davis, we have found a health expert and leader committed to innovation, equity and access to healthcare. I want to thank her for accepting this position and I look forward to working with her, listening to her advice and following her guidance regarding the health issues and challenges facing Montgomery County.

Protect Yourself and Your Loved Ones This Thanksgiving

You have probably noticed the resurgence of facemasks at places like grocery stores, on Metro or at schools across the region. It is not a mistake.

We are seeing a spike in respiratory illnesses that are filling up hospital beds at children’s hospitals. Add to that flu cases and the persistence of COVID-19 and that explain the added stress to the pediatric arm our health care system.

Even though our Community Level for COVID remains ‘low,’ health experts are still encouraging you to maintain the same safety measures that many of us followed before COVID vaccines were widely available. That includes washing your hands frequently, isolating as best you can before a trip out of town and keeping a mask handy so that if you find yourself in a confined space with a lot of people, you can protect yourself and others.

Thanksgiving is the main reason to be cautious. We are likely to be around a lot of people that we don’t see regularly. You do not want to be the reason someone you love gets sick and they don’t want to get you sick either.

Please remember that our best form of protection is being fully vaccinated or boosted. Flu vaccines are also widely available. Studies show newly introduced boosters are far more effective than the boosters many people got earlier this year. Getting another shot is strongly recommended to protect yourself from the Omicron variant, which sent so many people to the hospital this past December and January.

Let’s keep that COVID-19 wave from cresting again and causing widespread illnesses. Be vigilant this Thanksgiving holiday in protecting yourself and loved ones from all viruses.

In Monkeypox news, we have gone another week in Montgomery County without a new case reported. Statewide there have only been four new cases identified. Let’s hope this continues.

A supporter of the life sciences and biomedical industries, BioReliance, this week announced addition of a new building in Rockville. The $286 million investment will expand its biosafety testing capacity, which creates safe drugs for consumers.

BioReliance, with parent company, Merck, has locations in 66 countries around the world and chose to stay and expand here in Montgomery County. BioReliance has had a presence in Montgomery County for more than 75 years. BioReliance understands the benefit of expanding current operations to take advantage of our being in the heart of the nation’s fourth largest bio cluster. We also have a talent pool that feeds that cluster that is ranked second in the nation by industry analysts.

BioReliance—known as Millipore Sigma internationally—plans to create more than 500 jobs along Darnestown Road in Rockville over the next four years. We are proud to have the assets in Montgomery County that make companies want to come here and expand. We are especially proud that the work being done is to help advancing science and treatment of diseases.

We will continue making the right kind of improvements to ease the burdens of doing business in the County and make it more attractive to prospective employers in every industry. 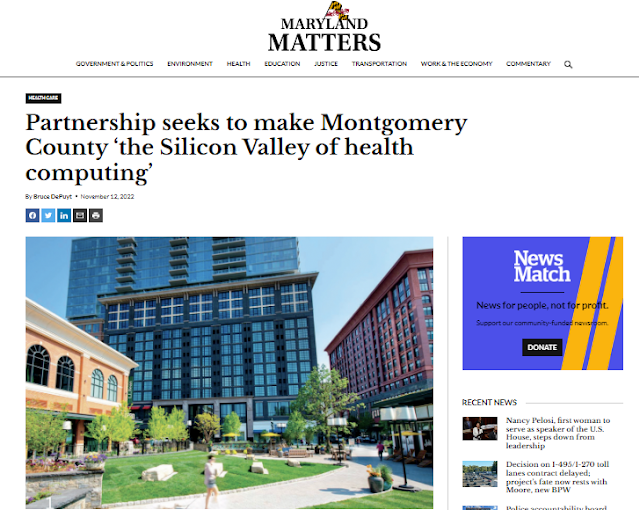 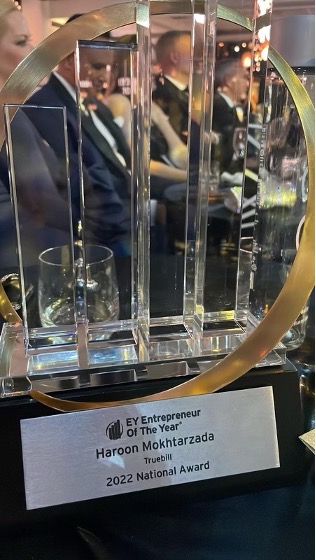 Congratulations to a local businessman who is the founder and CEO of Rocket Money (formerly Truebill.) Haroon Mokhtarzada was recently named an “Ernst and Young Entrepreneur of the Year” national award winner in the “Creators” category. He is one of a dozen business leaders honored with an award this year by the business strategy company.

Since 2015, Mr. Mokhtarzada and his brothers grew Truebill from an app they started to help consolidate and organize personal finances into a premium service for Rocket Mortgage. The company analyzes $80 billion in monthly transactions and is credited with saving customers more than $245 million since its launch. Rocket Money remains based in Silver Spring.

Mr. Mokhtarzada’s parents are originally from Afghanistan and Turkey and met at the University of Maryland. The family has used the tremendous success of Truebill to support the college and become angel investors in more than 100 startup operations. You can follow this link to learn more about their ties to UMD and how the Truebill story began. 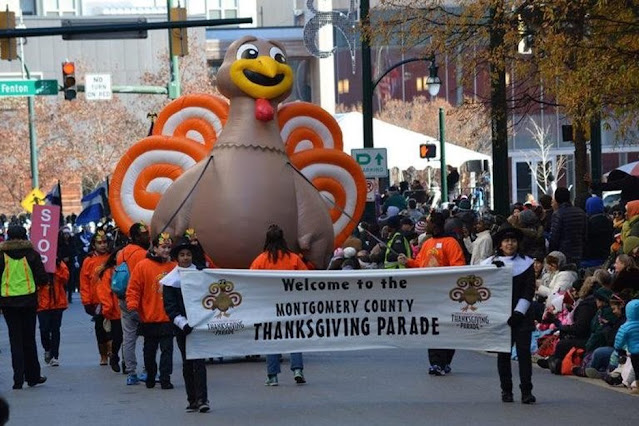 Thousands are expected this weekend for the County’s annual Thanksgiving Parade in Silver Spring. The event is from 10 a.m. to noon and officially kicks off the holiday season in Montgomery County.

I want to thank the Thanksgiving Parade team and the Silver Spring Arts and Entertainment District for their hard work pulling together such a joyous event. We hope it is the start of a wonderful holiday season.
As always, my appreciation for all of you,