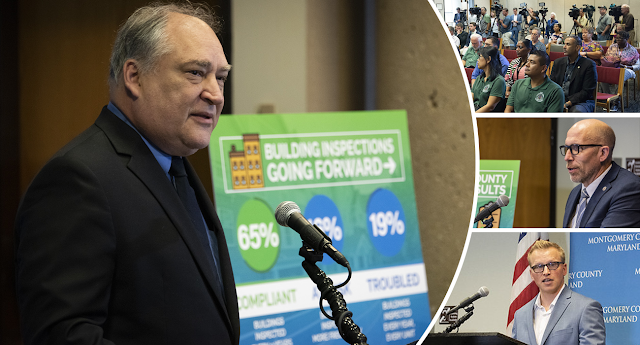 Montgomery County Executive Marc Elrich recently said that the County has completed its two-year initiative to inspect 686 apartment buildings – a new protocol that is the most aggressive among large jurisdictions in the Washington area.

Over the two-year period, the Department of Housing and Community Affairs inspected more than 22,000 apartment units, identified more than 31,000 violations and ensured that 96 percent of the violations were corrected, to date.

The initiative marks the first time that the County has inspected so many apartment buildings in this period and makes the County the leader in identifying and focusing resources on the most problematic buildings as well as implementing such a thorough and systematic enforcement regimen.

Read more about this initiative here.
at 3:18 PM