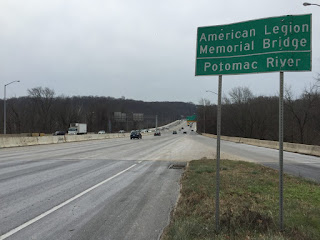 The governors of Maryland and Virginia recently announced a plan to rebuild the American Legion Bridge that connects the Beltway between Montgomery County and Fairfax County. The cost of the project over the Potomac River would be shared, with Maryland paying a significant majority.

“Last December, I called on Governor Hogan to start at worst choke point—the American Legion Bridge—get a deal with Virginia and start from there. I was pleased to hear the announcement that Maryland and Virginia will be working together to address the serious traffic challenges on the American Legion Bridge that also have an impact on I-270 and I-495. While I am encouraged by the step announced, I remain concerned about the potential impacts associated with widening these highways, particularly I-495, and believe that any traffic relief plan will require investment in public transit to provide a meaningful and equitable solution to the region’s transportation problems.”
at 11:00 AM