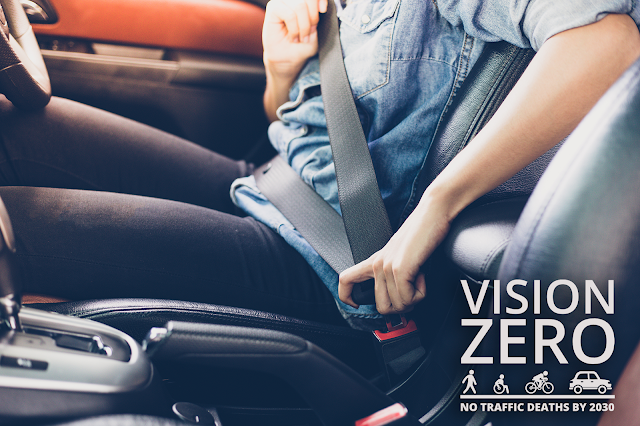 Not wearing a seat belt and impairment from alcohol or drugs are leading causes of traffic fatalities in Montgomery County. To keep roadways safer this upcoming holiday season, Montgomery County Police, along with respective city and State police agency partners, are teaming up for dedicated enforcement of seatbelt and driving under the influence laws.

“Since the pandemic began, we have seen a ‘triple threat’ of excessive speeds, impaired driving and not wearing a seatbelt that have resulted in people losing their lives on our roads,” said Captain David McBain of the traffic division of County Police. “People driving above the speed limit and impaired are dangers to themselves and everyone on the road. We want everyone to get home safe and these mobilizations are a reminder about the responsibilities we all have to keep our roads safe.”

The “Click It or Ticket” campaign will continue through the end of November. In addition to enforcement efforts, the National Highway Traffic Safety Administration supports an $8 million public awareness advertising campaign.

County Police will have seven full-time Alcohol Initiatives Unit officers and 20 additional officers assigned to the task force. Other departments and agencies will have various numbers of officers participating in enforcement efforts. Among the actions of the task force partners will be to stop suspected drunk drivers and to work with the County’s Department of Alcohol and Beverage Services inspectors on retail compliance with ID and legal age laws.

The task force will continue through Jan. 9. Over the past two years, the Holiday Task Force has removed more than 600 impaired drivers from local roads. The task force’s work will once again be dedicated to County Police Officer Noah Leotta, who was killed by a drunk driver while on duty as part of the 2015 task force.

Anyone who believes that they are observing a driver impaired by alcohol or drugs should:
Education and enforcement campaign mobilizations to curb dangerous driving behaviors are part of Montgomery County’s Vision Zero Initiative to eliminate serious and fatal injuries from roadways by 2030. For more information on the County’s Vision Zero Initiative, go to https://www.montgomerycountymd.gov/visionzero