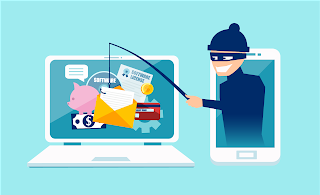 As people spend more and more time online, they increasingly use social media to gain a connection with the outside world. The Montgomery County Office of Consumer Protection (OCP) wants social media users to know that scammers are capitalizing on this new trend.

In the first six months of 2020, the Federal Trade Commission reports consumers lost at least $117 million to scams that started on social media. OCP wants residents to be aware of some of the most common social media scams, how to identify them and how to avoid becoming victims.

Among the major scams on social media that seek to capitalize on the added time people spend on the Internet due to the COVID-19 health crisis are ones that involve romance, pop-up retail websites and offers of grants or financial aid. Social media profiles, like glossy websites, are inexpensive for scammers to create, can be fabricated in a matter of hours and have a professional look to them.

Romance scams are an increasing risk to online daters—a risk that has tremendously increased as social interactions have been forced online. While attempting to find love via social media, some people instead find themselves attracted to a scammer trying to trick them into sending money.

Using information a person posts in a social media profile, scammers use the personal details to create a targeted profile for the person they are setting up. In 2019, the FTC reported there were $201 million in losses attributed to information that started on dating websites. Most often, the scammer claims to be working in another country. This explains the lack of in-person interaction or sporadic connectivity issues. They quickly profess deep feelings, use the dating website to build trust and eventually seek money for a plane ticket, surgery, customs or visa fees or an emergency need that they can make sound legitimate. Scammers ask for money to be wired, sent via gift cards or by using P2P cash apps in “friends and family” or “gift” mode. Once funds are sent in those forms, they are hard to trace—or recover—once the scam is discovered.

Another scam involves pop-up websites being advertised on social media sites that claim to be selling scarce or in-demand goods. People who have spent time and effort unsuccessfully trying to find rare items can easily be deceived into thinking they have finally found the focus of their search. Sometimes these products do not exist and never arrive. Those are part of scams—95 percent of retail scams start with a Facebook or Instagram ad and end at Shopify store.

Unsolicited text message scams offer grants or financial relief, but really seek to get money or personal information. These are a variant of “smishing” scams.

OCP has some tips on how consumers can help protect themselves from these type of social media scams. It suggests: