Before Sending a Check as a Donation Around the Holidays, County’s Office of Consumer Protection Advises Residents to Check on the Charity 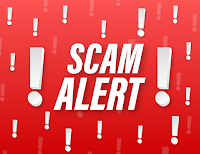 The holiday season sees an increase in charitable donation drives. It also sees an increase in scammers pretending to be charities. This year, the Montgomery County Office of Consumer Protection (OCP) advises residents to follow warnings issued by the Maryland Secretary of State and the State Attorney General that the COVID-19 health crisis is adding an extra layer of complexity.

As the Federal Trade Commission (FTC) noted, because of COVID-19, many charitable organizations are faced with greater demand for their services this year, but have received less in donations as people have less to give. Charities—and scammers—are focusing their efforts on donations toward coronavirus-related response programs, such as aid to the unemployed, families of those ill with COVID-19 or toward care packages to thank healthcare workers. It is important for residents to make sure that donations will be used wisely and well.

Charity fraud schemes either seek money for non-existent nonprofits or take money for organizations that do little or no work, siphoning donations to the charity’s creator. Whether donating at the cash register, responding to unsolicited inquiries (through email, social media, crowdfunding, calls or mail) or donating in the spirit of National Giving Month, OCP wants residents to reach out for more information on whether a charity is legitimate before they reach for their wallets.

There are some regular tricks and scripts that scammers use. A resident may receive a mailer thanking them for a donation or pledge that they never made. The resident may feel obligated to return the pledge card with a donation. Criminals can manipulate the phone number a resident sees on caller ID to make a call look like it is from a local area code if the scammer is pitching itself as a local charity, trying to make the resident feel more comfortable about accepting the call and listening to a pitch. Some scammers use the names of legitimate organizations or names similar to reputable organizations. Scammers also make many vague and sentimental claims and leave the resident to fill in the blanks about how their donation will be used. Residents then assume that the donation they will make will address those situations.

Scammers may also try to entice a resident into making a donation by claiming that the donation will be tax deductible, but for many taxpayers, that is not the case. And a payment to a bogus charity is never tax deductible.

After a complaint regarding donation boxes on counters at local retailers, OCP discovered a company that made Lucite boxes and sold route information to donation hustlers. The company also provided scripts on how to advertise as a charity and escape prosecution for false advertising. The schemes often claim to support charities that help find missing children and pets or say the funds will go toward research on cancer and other diseases. Consumers see the boxes near the cash registers at restaurants, nail salons and other local shops and believe the endeavors had been vetted by the retailer. They drop in loose change (sometimes in exchange for candy of dubious quality or age). OCP engaged in outreach to business owners to warn that their goodwill was being misused and worked with the local disseminator of the boxes to have its boxes removed.

OCP also investigated a complaint from a local volunteer firefighter and uncovered a scam political action committee (Heroes United PAC) that claimed to be collecting charitable donations on behalf of “Volunteer Firefighters Associations.” The PAC reported to the Federal Election Commission that it collected $4.6 million nationwide in 2018. It used telemarketing vendors, caller ID spoofing and three local maildrops to mislead consumers into thinking that their donations would be used locally for volunteer firefighters. Instead, more than 90 percent of the donations were retained by third-party vendors and less than 10 percent were used for so-called “political action.” OCP entered into a settlement agreement for refunds to be offered to County residents who made donations to the Heroes United PAC.

The following tips can help residents avoid these schemes: