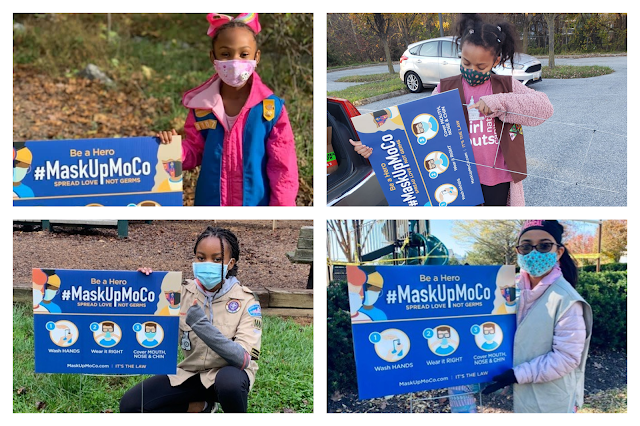 Scouts from a variety of local boys and girls troops recently added a boost of energy to the Montgomery County MaskUpMoCo campaign that is urging residents to wear masks whenever possible. Two troops of Boy Scouts, one Cub Scout troop, four Girl Scout troops and one Daisy troop helped install lawn signs in area parks to spread word of the campaign.

A request for volunteers for the campaign on the social media site NextDoor attracted interest of troops whose members range from elementary through high school age. They spent time on weekends to post the signs and continued their efforts until the current supply of signs was exhausted.