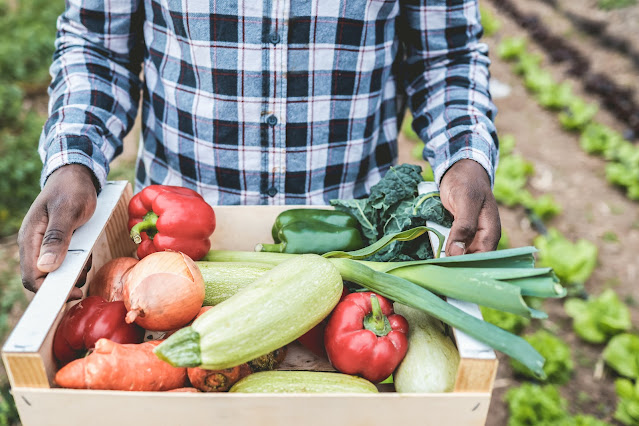 Montgomery County’s innovative “Farm to Food Bank Program’ had a 25 percent increase in total pounds of produce that was provided to families in need in Fiscal Year 2022, according to the three-year-old program’s recently released annual report. The program provides the dual benefit of enhancing and strengthening the County’s farmers.

A total of 76,933 pounds of produced was purchased or donated and a total of $181,600 spent as part of the program in the past year. A total of 64,110 meals were provided to Manna Food Center's participants and 45 food assistance providers.

The Farm to Food Bank program had 22 farms participating in the past year, but for the current year, an increase of 10 farms from the previous year. That is the highest number of farms participating since the program began in 2020. This allowed the program to benefit about a dozen more food assistance providers than the year prior.

The annual report also showed that $141,553 in grant funds (from the Community Foundation and Montgomery County Department of Health and Human Services) were awarded to 20 farms, nine of which are owned by females and/or farmers of color.

The Farm to Food Bank Program is administered by the Silver Spring-based Manna Food Center. The initiative increases access to fresh, nutritious food for County residents challenged by food insecurity amidst rising inflation and the residual impacts of the COVID-19 health crisis.

Farm to Food Bank is a partnership with the Montgomery County Food Council and the County Office of Agriculture. Among those that help fund the program are the Greater Washington Community Foundation, the Sodexo Stop Hunger Foundation, Business Leaders Fighting Hunger and the County Department of Health and Human Services.

The County Council and the Executive grants have been providing funds for Manna’s Farm to Food Bank program since its inception in the early 2000s. The program greatly expanded in 2020 as a response to the pandemic and because of the financial support that the Food Security Task Force and County allocated from the ARPA funds. The County Executive has continued to support the program with his budget in Fiscal Year 2023.

The program continues to recruit additional local farmers and offer diverse, locally produced food items to the food assistance network throughout the County. In FY22, for the second year in a row, the Farm to Food Bank Program distributed capacity-building grant funds to further build its local food system’s ability to supply vegetables, fruit, meat, eggs, grains and beans for purchase by Manna.

The program purchases produce from County farmers, which is then sold to the Manna Food Center for distribution through its food service providers.

The capacity-building grant projects inspired the farms to produce an estimated 13,543 pounds of food for the food assistance network than they did in the previous year. Overall, 65 percent of all participating farms reported increased food production and 20 percent reported reduced food waste. Among the participating farms, 55 percent reported an increase in sales over the prior year.

“The Farm to Food Bank program allows farmers to nourish their whole community in a way that supports each farm’s sustainability,” said Jenna Umbriac, the director of programs and the interim director of participants services at Manna Food Center. “It allows Manna and dozens of other food assistance providers to increase access to local, fresh, nutritious food for all. It is truly a mutually beneficial partnership and one we hope to continue to grow in the years to come.”

The price list for Farm to Food Bank was created, and is maintained, with farmer input. It aims for a fair price— more than wholesale, but less than retail. The pricing structure has been the primary factor in this program’s success. The ability to continue to provide an appealing price for product and to respond to the increasing costs of farm supplies, labor and equipment will depend on having a steady source of funding for direct purchasing.
at 9:45 AM