‘Herman Rabbitt: The Man, The Money, The Legend and The Legacy’ Will Be Focus of Free Online Presentation on Tuesday, Aug. 23 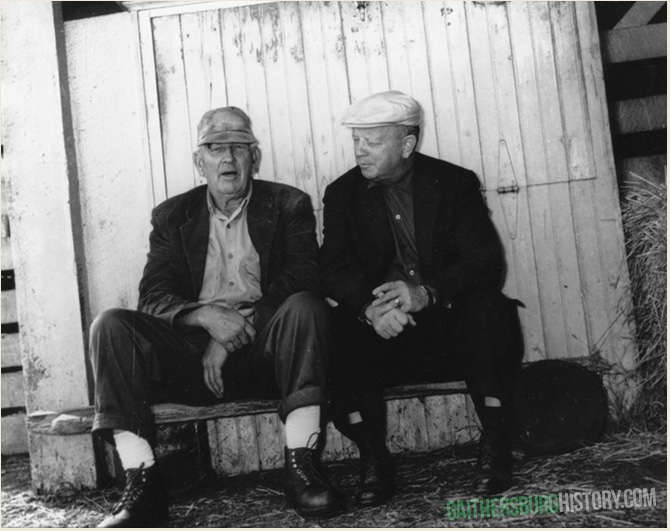 When eccentric Montgomery County cattle farmer and land speculator Charles Herman Rabbitt died in 1972 at age 81, part of his $2.5 million estate was found buried in milk cans on his property. The rest was part of a three-year legal battle between bickering heirs. The story of his life—and what followed—will be the subject of a free Montgomery History online presentation at 2 p.m. on Tuesday, Aug. 23.

Mr. Rabbitt was a very prosperous farmer near Gaithersburg, well-known locally and nationally in the cattle markets. At the time of his death, it was reported in the local newspapers that a vast horde of coins was found buried in milk cans in his yard, totaling as much as $750,000. Reportedly, he did not trust the security of the banks and buried the money.

A shrewd businessman, Mr. Rabbitt made a fortune through his cattle-buying throughout the Midwest and his ability to sell farmland to real estate developers.

According to those who knew him, he was also a farmer who got along on the bare necessities of life, without any display of wealth.

When he died on Oct. 10, 1972, most of Mr. Rabbitt's assets were in his bank accounts, real estate holdings, loans and mortgages. But nearly $750,000 in cash was found in milk cans stashed in the fruit cellar of his modest brick farm home. There was little agreement on where it should go next.

The story of his unlikely millions is a strange and legendary tale still told and retold by County old-timers today.

Montgomery History's archivist and librarian, Sarah Hedlund, will lead the presentation about Mr. Rabbitt’s life—and the battle for his money after his death.

To view the free presentation, go to https://www.montgomeryhistory.org/mhconnected/watch/.
at 9:25 AM