Montgomery Parks to Present Plans for Proposed Dog Park at Norwood Park in Bethesda to Planning Board on Thursday, May 6 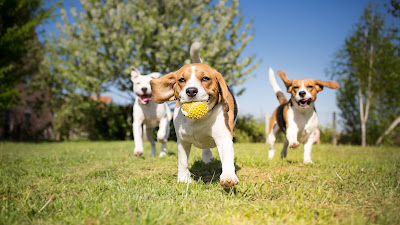 Montgomery Parks, part of the Maryland-National Capital Park and Planning Commission, on Thursday, May 6, will present plans for a proposed dog park at Norwood Local Park in Bethesda to the Montgomery Planning Board. The public is invited to comment or testify at the virtual meeting in writing or by email.
The time of the presentation will be posted on the Planning Board website closer to the date of the presentation. The site will have information about how to testify.

At the meeting, Parks staff will recommend a concept plan for the proposed dog park. The site was selected following an extensive Site Suitability Study for Dog Parks approved by the Planning Board in 2019, and a public input period from Nov. 10, 2020, through Jan. 14.

Norwood Local Park is a 17.5-acre park with a community activity building, athletic fields, open lawn areas, a basketball court, two playgrounds, an open-area amphitheater and tennis courts. It was identified as a favorable site for a dog park based on the demonstrated need for dog parks in the Bethesda-Chevy Chase area.

The park’s proximity to Downtown Bethesda and densely populated surrounding neighborhoods meets recommendations from the Site Suitability Study. In addition, it is a large park already being used by many dog owners. The site would allow for separation between the dog park, existing park amenities and residences.

“Dog parks are one of the most needed facilities in Montgomery County’s park system, particularly in areas of high population density,” said Mike Riley, director of Montgomery Parks. “Norwood Local Park is well-suited for a dog park based on its location in a thriving community that serves many people, including many dog owners who use the park frequently.”

The proposed dog park would be slightly less than half an acre in size. It would provide a designated fenced area for dog exercise with separated large and small dog areas. It could include a shade structure, seating and a water source for dogs.

If the proposed dog park location and concept plan is approved by the Planning Board, parks staff will begin developing a facility plan, with construction anticipated to start in summer 2022.
at 9:10 PM