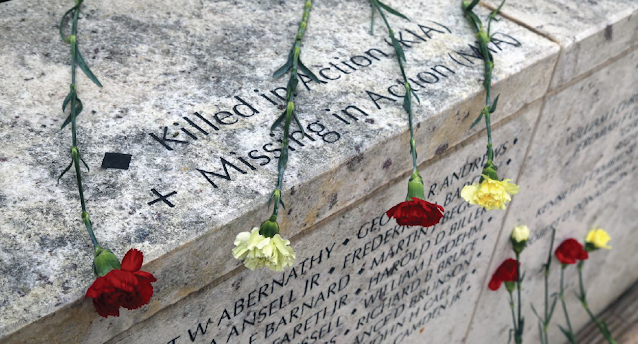 The Montgomery County Commission on Veterans Affairs is honoring many “Fallen Hometown Heroes” with County connections dating back to World War I with detailed tributes displayed on a special website created by the commission. The tribute is especially notable as the County prepares to commemorate Memorial Day on Monday, May 30.

The Commission on Veterans Affairs Fallen Hometown Heroes website honors veterans who were killed in action in World War I, World War II, the Korean War, the Vietnam War, the Gulf War and the Global War on Terrorism (including Operation Iraqi Freedom / Operation Enduring Freedom / Operation Inherent Resolve / Operation Freedom's Sentinel / Operation New Dawn). The website includes photos and military histories of Fallen Hometown Heroes who were either originally from the County or who lived in Montgomery after their service. The site can be viewed at www.montgomerycountymd.gov/fallenheroes.

“It seems that every day we are reminded of how our freedom is so special, and throughout the history of our nation, some special men and women have given their lives to protect that freedom,” said Wayne Miller, a Vietnam veteran who now chairs the County Commission on Veterans Affairs. “The Commission on Veterans Affairs wanted residents of all ages to know more about these people and our Fallen Heroes website is a great way to learn their fascinating and heroic stories.”

County Executive Marc Elrich said residents should take time to recognize the people who sacrificed their lives while serving the nation.

“Montgomery County is forever indebted to the men and women who served and gave their life in protection of our freedoms and liberty,” said County Executive Elrich. “As we honor those we lost in defense of our nation during the upcoming Memorial Day Weekend, I encourage all Montgomery County residents to explore this website and learn about our hometown heroes. This County will never forget them and their families for their ultimate sacrifice.”

Someone can share the story of a friend or family member by filling out the Commission’s Google form or filling out its PDF form.

The following information is needed on the forms:
To learn more about the Montgomery Commission on Veterans Affairs, go to www.montgomerycountymd.gov/cva.
at 10:00 AM