‘Julius Rosenwald and the Rosenwald Schools: A Force for Change’ Will Be Presented Online by Montgomery History Starting Monday, July 25 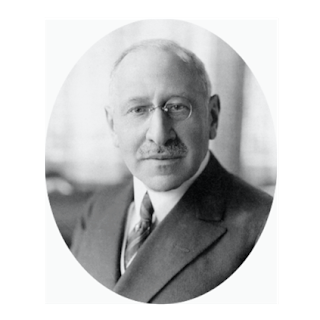 The life of Julius Rosenwald, an innovative and visionary philanthropist, will be featured in an online presentation of Montgomery History starting Monday, July 25. The presentation will be available for one week in the organization’s video library.

Stephanie Deutsch and Dorothy Canter will lead the presentation in discussing Mr. Rosenwald’s life and plans to honor his legacy with the creation of the Julius Rosenwald and Rosenwald Schools National Historical Park.

Ms. Deutsch and Ms. Canter will highlight the schools for Black children that Mr. Rosenwald helped to fund throughout the South, with a particular emphasis on the schools that were built in Maryland.

Mr. Rosenwald, who died in 1932, was an American businessman and philanthropist. He is best known as a part-owner and leader of Sears, Roebuck and Company, and for establishing the Rosenwald Fund, which donated millions in matching funds to promote vocational or technical education. In 1919, he was appointed to the Chicago Commission on Race Relations.

In 1893, Richard Sears and Alvah C. Roebuck renamed their watch company Sears, Roebuck & Company and began to diversify. Rosenwald and Weil was a principal supplier of men's clothing for Sears, Roebuck. The volumes of unsold merchandise caused by the Panic of 1893 and his declining health led Roebuck to leave the company.

Roebuck placed his interest in the company in the hands of Sears who, in turn, offered that half of the company be sold to Chicago businessman Aaron Nusbaum. He brought in Rosenwald, to whom Sears owed money.

Rosenwald brought to the company a rational management philosophy and diversified product lines: dry goods, consumer durables, drugs, hardware, furniture, and nearly anything else a farm household could desire. The company's initiative was helped by the initiation of Rural Free Delivery by the Post Office in 1896. From 1895-1907, under Rosenwald's leadership as vice president and treasurer, annual sales of the company climbed from $750,000 to upwards of $50 million.

No registration is required, but to access the Montgomery History presentation, go to https://www.montgomeryhistory.org/mhconnected/watch/.

Questions about the Montgomery History series can be directed to Matt Gagle, its director of programs, at MGagle@MontgomeryHistory.org.
at 11:57 AM