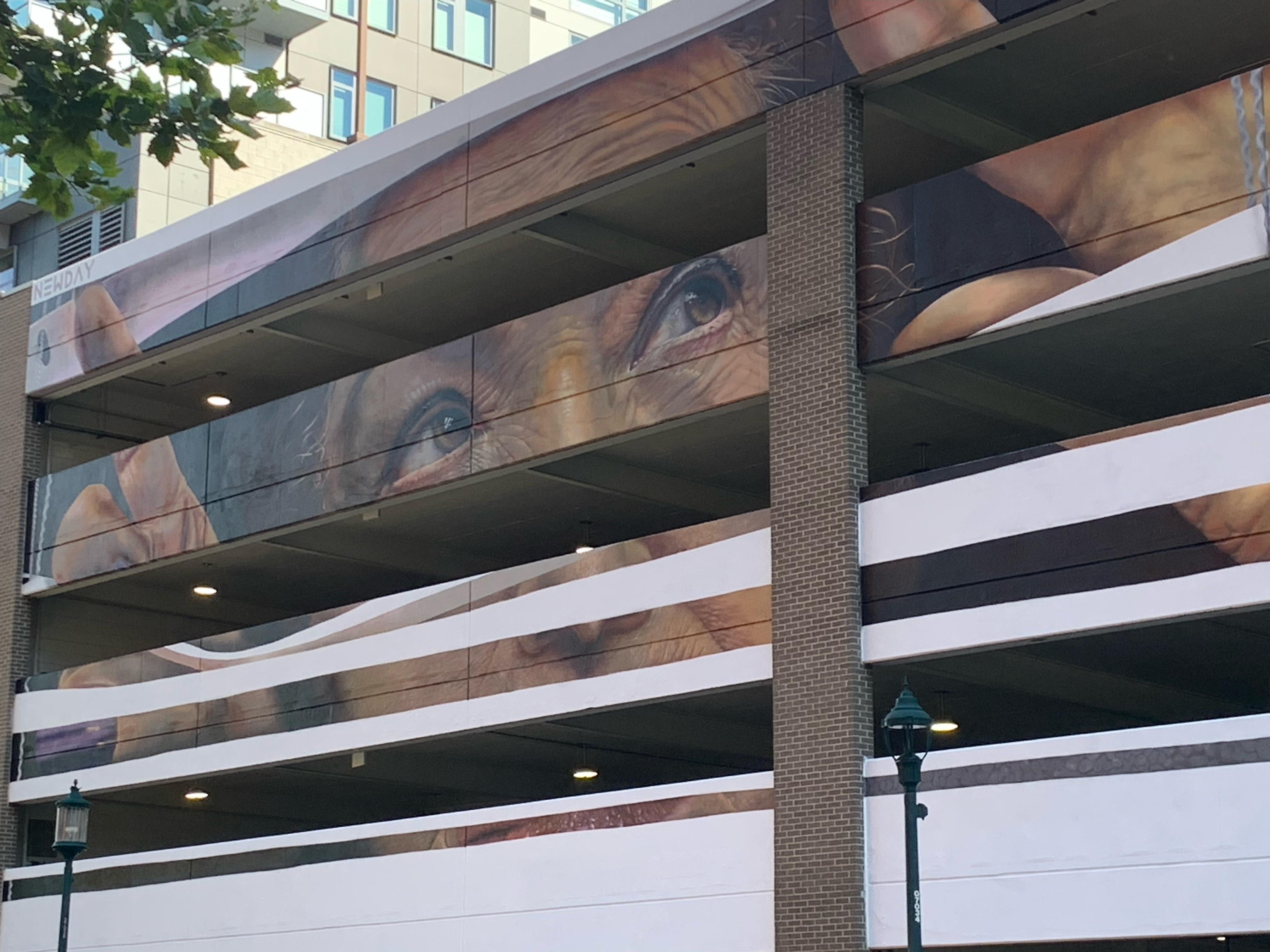 Montgomery County Executive Mark Elrich joined members of the Bethesda arts community, business leaders and representatives of the County Department of Transportation (MCDOT) on July 13 to dedicate a mural on Bethesda Parking Garage 11. Mural artist JahOne also was present for the latest addition to the County’s “Paint the Town” initiative.

This is the second mural project MCDOT has undertaken to enhance the vibrancy of highly visible County spaces. The first is outside of MCDOT’s Woodmont-Rugby public parking garage located at 8216 Woodmont Ave. in Bethesda.

Maryland designated Downtown Bethesda as an “Arts & Entertainment District” in 2002.

The Garage 11 project was created through a partnership with MCDOT, the Montgomery County Planning Department, the Bethesda Arts & Entertainment District and the Bethesda Urban Partnership. They put out a call for local artists to participate in the “Paint the Town” initiative to promote and bring more public art murals to Downtown Bethesda.

JahOne is a contemporary graffiti artist and muralist from Sofia, Bulgaria, Since 2010, he has been actively using spray paint as a media for self-expression and walls have turned into his favorite canvas. In 2013 he graduated from the National Academy of Arts in Sofia with a degree in Graphic Design and Advertising. That background provides him with the basis for developing his visions digitally before he works on the larger public versions.
at 9:40 AM