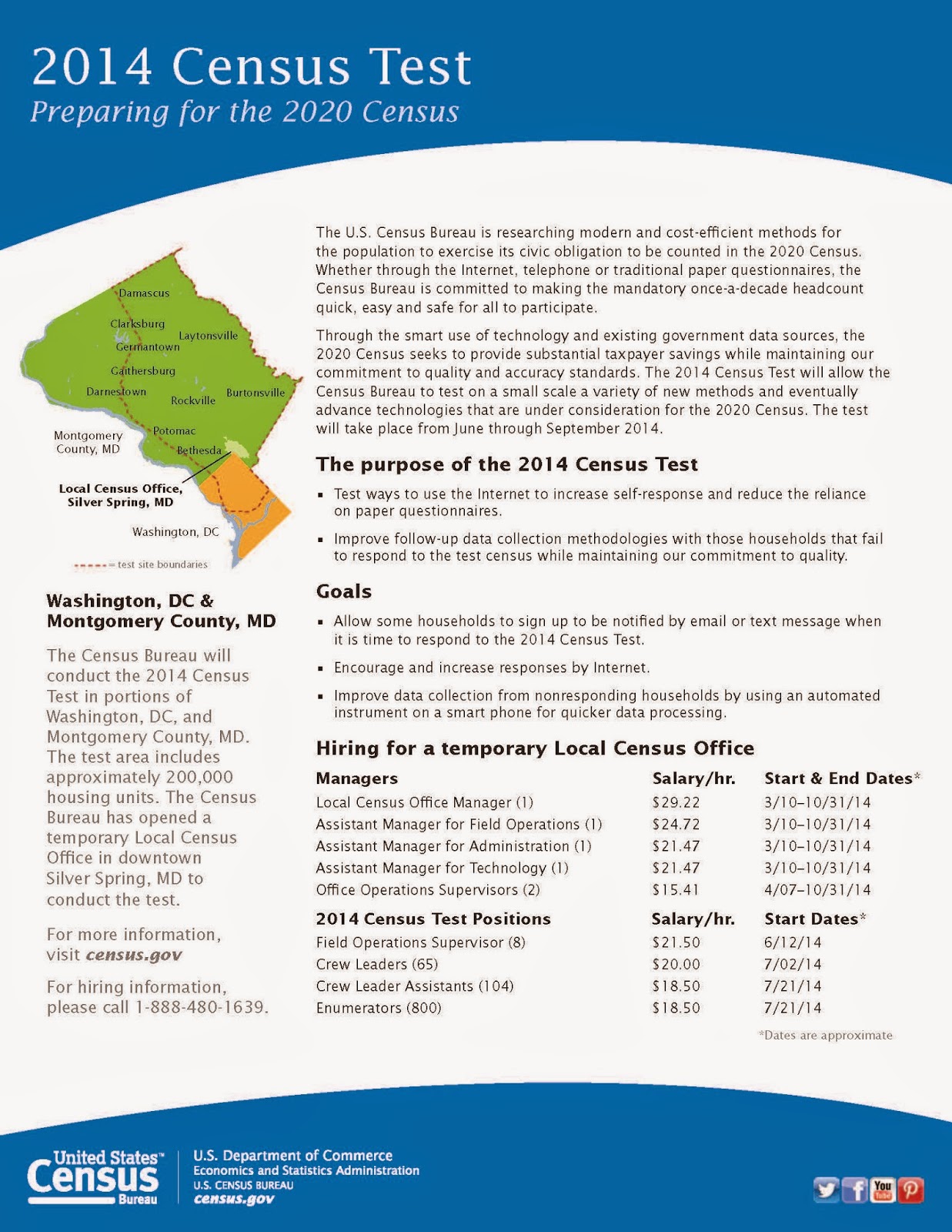 The U.S. Census Bureau is now conducting a Census Test in Montgomery County and the District of Columbia that tests a variety of new methods and advanced technologies that are being considered for the next national census in 2020.

The local test, which is a pilot for the nation, is part of the Census Bureau’s commitment to find easier, quicker and safer ways for residents to participate and more economical ways for collecting data in the future.

Local residents who live in the eastern half of the County have been or will be contacted to participate in the test. They are encouraged to fill out a census survey online or on mobile devices to reduce the reliance on paper questionnaires. Respondents should fill out the questionnaire based on information about their household as of July 1, 2014, which was Census Day.

Further information about the census test, including a map showing the area of the County where residents will be tested, is found in the Census Bureau video and fact sheet.