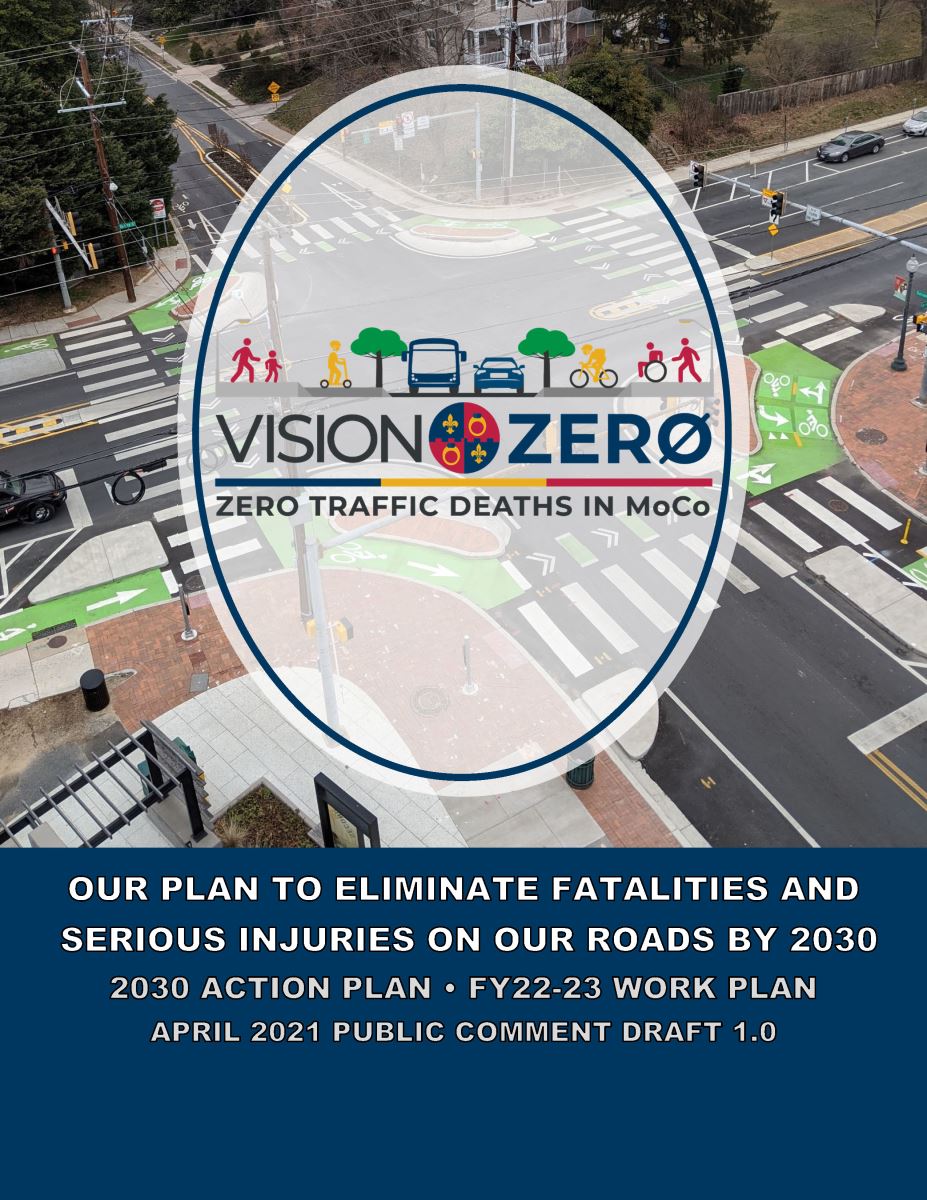 A survey seeking public input on Montgomery County’s Draft Vision Zero 2030 Action Plan and Fiscal Years 2022-23 Work Plan will close on Monday, June 21. The survey has been open since April when County Executive Marc Elrich released the draft of the plan. It builds on the County’s previous Vision Zero and Pedestrian Safety plans and lays out the work ahead to eliminate traffic-related fatalities and serious injuries by 2030.

In addition to the survey, five virtual listening sessions were held to gather input on the plan since it was released.

A copy of the plan and access to the survey are available at https://www.montgomerycountymd.gov/visionzero/2030plan.html.

“We have made progress since adopting the first Vision Zero plan in late 2017, but there is much more we can do. The number of serious and fatal injuries remains higher than we can accept,” said County Executive Elrich. “We need to be innovative in using more low-cost interventions to improve more roads and intersections every year. This plan does that by expanding Vision Zero into more of the County’s maintenance programs. We need to hear from County residents to make the Vision Zero Plan stronger and meet the needs of everyone regardless of how they get around the County.”

Vision Zero Coordinator Wade Holland said much was learned from the five listening sessions, but he believes members of the public may still have more to contribute. Filling out the survey will be a big help to those working on the plan.

“I want to thank everyone who has contributed to building this plan to date,” said Vision Zero Coordinator Holland. “We have had many residents across the County tell us through a series of community interviews, surveys, focus groups and letters what they need to make our communities safer for everyone walking, rolling, biking and driving. Let’s work together to end traffic deaths this decade.”