Members of Baltimore Symphony Orchestra Will Join the Veterans Day Remembrance Ceremony in Wheaton at 11 a.m. on Thursday, Nov. 11 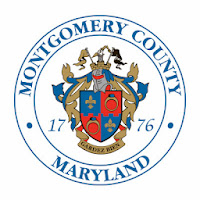 Members of the Baltimore Symphony Orchestra will join public Veterans Day ceremonies in Downtown Wheaton at 11 a.m. on Thursday, Nov. 11. The ceremony is being organized by the Silver Spring Memorial Post 2562 of the Veterans of Foreign Wars (VFW) of the United States and American Legion Post 268. U.S. Senator Chris Van Hollen, Montgomery County Executive Marc Elrich and members of the Montgomery County Commission on Veterans Affairs are expected to attend the event, which will be at the Wheaton Veterans Urban Park at the corner of Fern and Reedie Drive.

The Baltimore Symphony Orchestra contingent is expected to play musical selections including the National Anthem and Amazing Grace.

Refreshments will be served after the ceremony at 11316 Fern Street, VFW Post 2562.

Veterans Day, originally celebrated as Armistice Day, was first declared on Nov.11, 1919, by President Woodrow Wilson a year after the end of World War I. The purpose of Armistice Day was to honor the fallen soldiers of the Great War for their sacrifice and bravery. Seven years later, in 1926, Congress adopted a resolution requesting that President Calvin Coolidge issue annual proclamations on Nov. 11, making Armistice Day a legal holiday.

In 1945, World War II veteran Raymond Weeks had the idea to expand Armistice Day to celebrate all veterans rather than just the ones who died in World War I. He led a delegation to General Dwight Eisenhower, who was all for the idea. Weeks then organized the first Veterans Day celebration in 1945 in Alabama and every year since, until he died in 1985. In 1982, he was honored by President Reagan with the Presidential Citizenship Medal.

In 1954, Ed Rees, the U.S. Representative from Emporia, Kansas, presented a bill to establish the holiday to Congress. Eisenhower, who was then the president and also from Kansas, signed the bill into law on May 26, 1954. After having been through both World War II and the Korean War, the 83rd U.S. Congress — at the urging of the veterans’ service organizations — amended the Act of 1938 by striking out the word ‘Armistice’ and inserting the word ‘Veterans.’ With the approval of the legislation on June 1, 1954, Nov. 11 became a day to honor American veterans of all wars.
at 7:29 AM