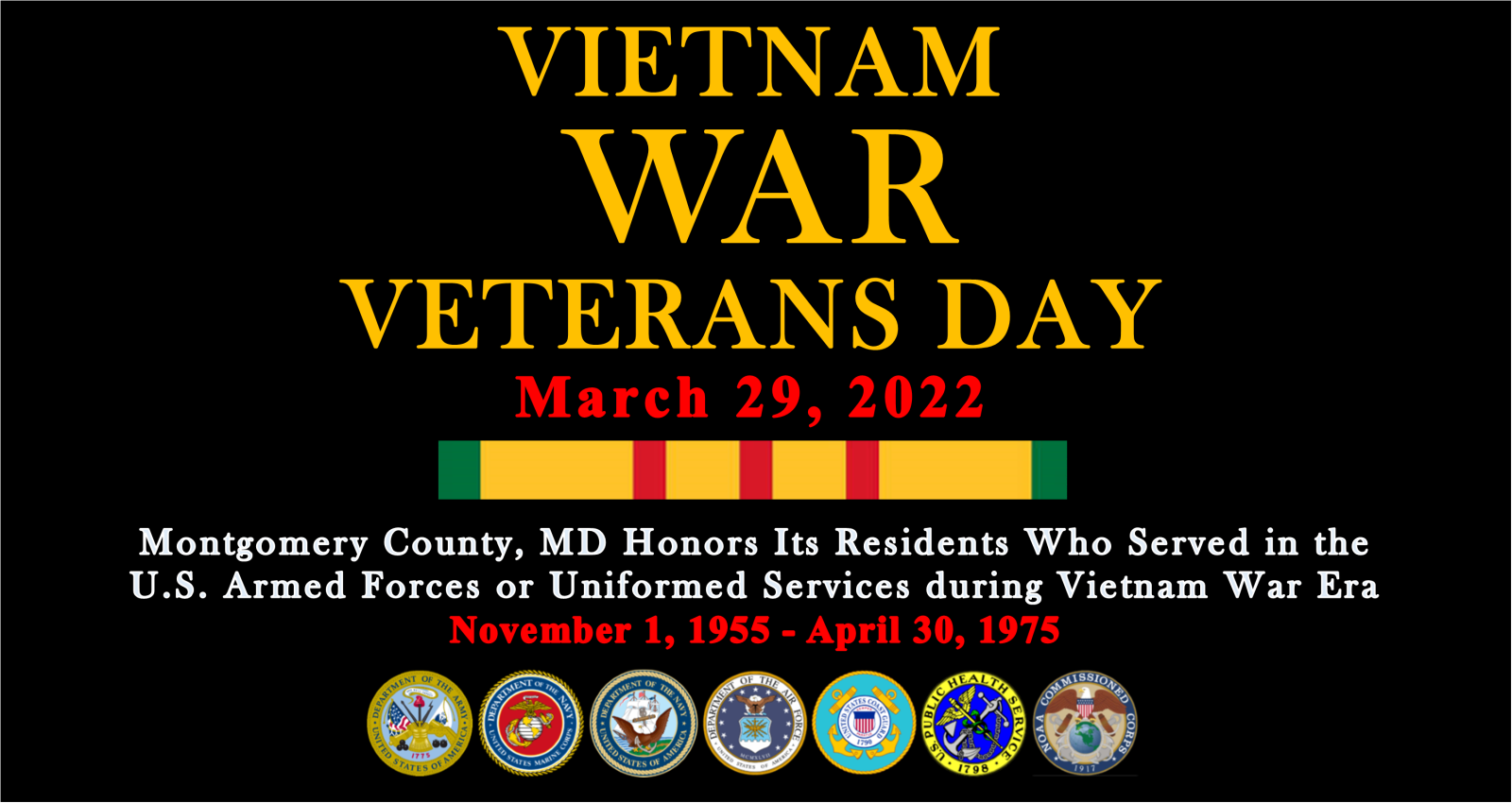 The Montgomery County Commission on Veterans Affairs is honoring dozens of Montgomery County Vietnam War Era veterans with detailed tributes displayed on a special website created by the commission. The tribute honors the veterans leading up to "National Vietnam War Veterans Day," which is observed every year on March 29.
The special day recognizes U.S. Armed Forces and Uniformed Services personnel with active duty service between Nov. 1, 1955 and May 15, 1975, regardless of the location of service.

“A special day has been created to honor the veterans who served in the Vietnam War era,” said Wayne Miller, a Vietnam veteran who now chairs the County Commission on Veterans Affairs. “However, the people who served in that difficult period of our nation’s history should be honored every day. This website enables people of our current generation to learn more about the Americans who served during the Vietnam War. The website provides details on how the war influenced the rest of their lives. It also pays tribute to those who gave their lives when asked to serve their country.”

According to the latest available U.S. Census Bureau estimates, there are more than 36,000 County residents who are veterans. Of that number, more than 10,400 are Vietnam War Era veterans.

The Vietnam Veterans site also provides access the County’s tribute to “Fallen Heroes.” That site pays tribute to the County’s fallen service members who died in service to the country since World War I. The records show the men and women honored as enlisting, being originally from or having at one-time lived in Montgomery County. That site can be accessed directly at https://www.montgomerycountymd.gov/HHS-Program/ADS/VETERANS/FallenHeroes.html.

The following information is needed on the forms:
By sending an e-mail to be included, the sender agrees to have the information shared on the County's website and in the Commission on Veterans Affairs social media.

To view Montgomery County Executive Marc Elrich’s thoughts on helping veterans or to learn more about the Montgomery Commission on Veterans Affairs, go to https://www.montgomerycountymd.gov/veterans.

To learn more about the Montgomery Commission on Veterans Affairs, go to www.montgomerycountymd.gov/cva.