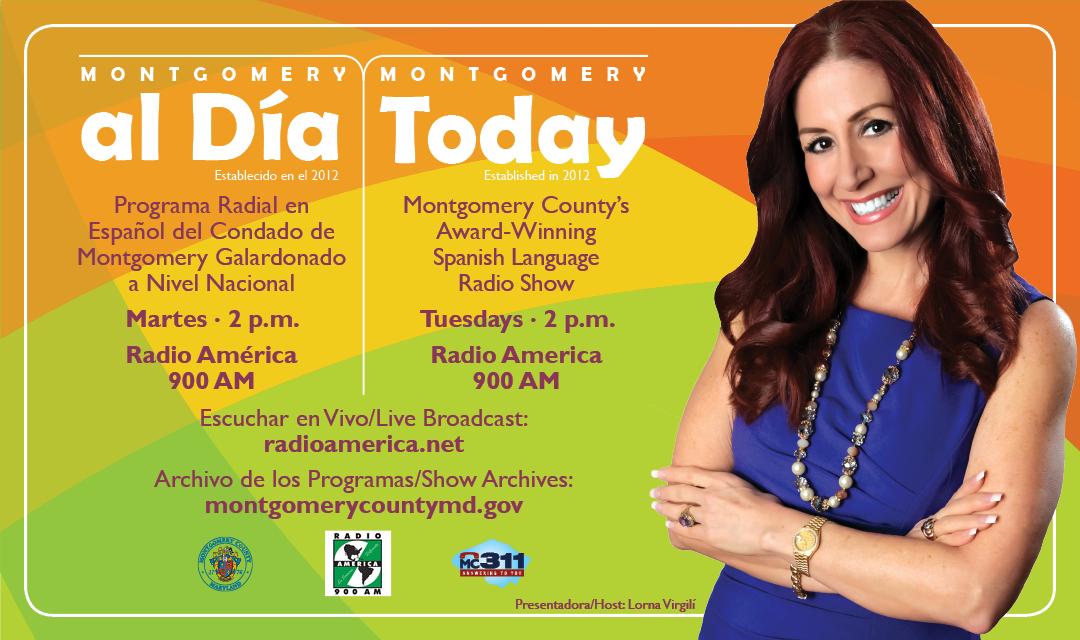 Montgomery County has a wonderful diversity of residents and many cultures,” said County Executive Elrich. “A main goal of our government is to make sure all residents are aware of what is happening, what services are available and how they can get more involved in our community. Over the past decade, ‘Montgomery al Dia’ has been instrumental in communicating with our Latino residents. I congratulate Lorna for reaching this milestone and thank all of the special guests who have appeared on the show to keep our residents informed.”

Since ”Montgomery al Dia” was started in April 2012, there have been more than 350 guests.

The show’s main objective is to keep the Latino community informed about all County programs and services so they can have easy access to registering, participating and engaging with local government.

The Office of Public Information has expanded the "Montgomery al Día" program with daily news, public service announcements and a weekly agenda during the morning show "Calentando la Mañana" (“Warming Up the Morning”). That show is the longest-running talk radio show on WACA, which was established in 1987. The opportunity multiplies the amount of information the Montgomery County Government presents to Spanish-speaking residents and expands outreach to a broader audience.