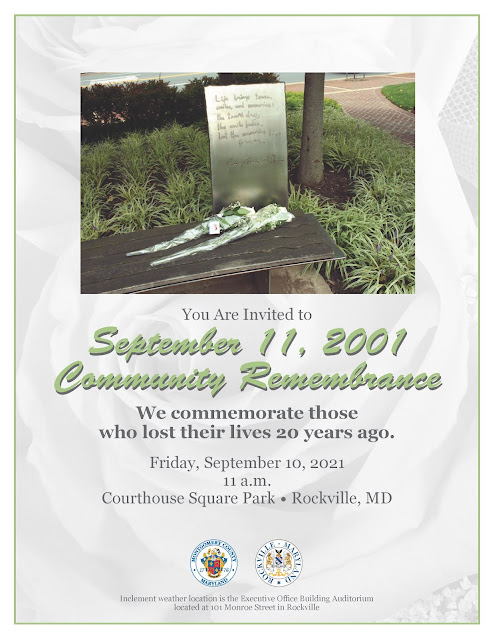 The ceremonies in recognition of the 20th anniversary of the Sept. 11 attacks on America will be held at Courthouse Square Park, which is at the corner of Jefferson Street and Maryland Avenue in Downtown Rockville.

These ceremonies will honor and commemorate the more than 2,900 victims of the deadly attack--including 11 who lived in Montgomery County. Also to be honored will be the courageous first responders, including those who immediately rushed to help in the attack at the Pentagon.

The event will take place in the small memorial park that was established with 11 benches, each dedicated to a lost County resident. The benches are engraved with lines from a poem, song or thought, selected by family members. One corner of the park has a small, three-columned stainless-steel pavilion with two round columns that is built into a book form that lists the names of those lost.