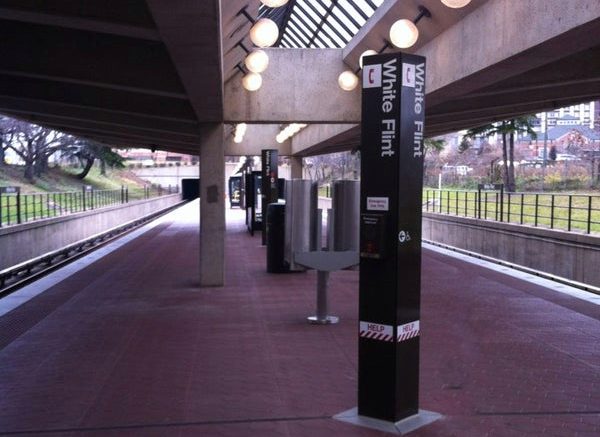 The area around Metro’s White Flint Metrorail Station has changed, including the dismantling of its namesake White Flint Mall. In keeping with the area’s growing development and identity, the Board of Directors of the Washington Metropolitan Area Transit Authority (WMATA, or Metro) is considering whether to change the name of the station to North Bethesda.
With the White Flint name no longer relevant to the surrounding community, Montgomery County requested the name be changed to North Bethesda Station after consulting with business and community leaders.

Metro's board of directors is responsible for approving or declining requests for station name changes. Metro is seeking public feedback on the proposed name change. The information will be provided to the board for consideration prior to making a decision.

To offer opinions on the proposed name change, Metro has set up a public survey available here. Responses will be accepted through 5 p.m. on Tuesday, Sept. 28.

Under Metro's station naming policy, adopted in 2012, the jurisdiction making the name change request must commit to funding the full cost of the change. This would include reprinting maps, fabricating new permanent signs and reprogramming systems that provide electronic information to customers across the 91 stations in the Metrorail system. Montgomery County has secured a combination of State, County and private funding to cover the costs.

Metro’s policy sets the following guidelines for any new station name:
Feedback may also be provided at wmata.com/whiteflintsurvey.
at 8:47 AM